Probably the most famous festival in the world – The Munich Oktoberfest 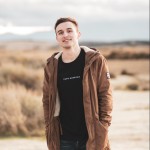 The Oktoberfest, which takes place every year in the Bavarian capital, is probably one of the most famous folk festivals in the world. For years people from all over the world have been traveling to the Theresienwiese, attracted by the revealing costumes of the girls and the flowing beers. But before that comes to the Wiesn tradition and what makes it still so attractive for visitors from all over the world?

The history of the Oktoberfest

A civilian sergeant and member of the Bavarian National Guard had a simple but brilliant idea to celebrate the wedding of Ludwig of Bavaria and Princess Therese of Saxony-Hildburghausen with a horse race.

On 17 October 1810, the horse race in honor of the bridal couple took place on the Theresienwiese, which was named after the bride and was also the forerunner of the later Oktoberfest.

Also in the following year the horse race, this time organized by an agricultural association in Bavaria, took place again and since then new private organizers financed the festival year after year.

In 1819 the festival was first held by Munich city fathers and since then it has been celebrated annually under the direction of the city of Munich. Gradually more and more booths and carousels were added, which gave the Munich Oktoberfest the character of a public festival. But it was not until the late 19th century that the Munich Oktoberfest developed into the festival we know today: Stands and carousels were illuminated by electric light and large beer tents with bands were erected due to the immense demand for the famous Munich beer.

Today, the Munich Oktoberfest is the largest public festival in the world. It attracts around six million visitors every year, with guests from abroad becoming increasingly numerous. So far, however, the neighboring visitors from countries like Italy, Austria, and Holland in particular, but also from the USA, Japan, and Australia have been among the most frequent tourists.

The cliché of the Munich Oktoberfest developed more and more into a beer festival. Statistics show that in 2010 alone, around seven million liters of beer were served. The trend is rising. But apart from alcohol consumption, the program also includes pop music, hits, and exuberant dancing.

The traditions are kept alive

As fears were soon expressed that the Munich Oktoberfest would degenerate into a “Ballermann” (a European alcohol mile for partying) the “quiet Oktoberfest” was introduced in 2005. According to this regulation, party music was only played from 6 p.m. onwards, whereas Bavarian brass band music had previously been on the program. This was not only to prevent a bad image but also to make the Oktoberfest attractive for families and older guests and thus attract a different clientele.

In 2010 the Munich Oktoberfest celebrated its 200th anniversary. On this occasion there was a „historical Octoberfest” on the southern part of the Theresienwiese. The aim of this event was to remind of past times. A cosy, family-friendly marquee and a rich cultural program invited to this purpose in the early years of the Oktoberfest, in which there were still old carousels and horse races.

Between alcohol excesses and Bavarian traditions

Even if the Munich Oktoberfest has not always changed to its advantage, it is still rightly called the largest folk festival in the world. Critics have been lamenting for years that the Wiesn is tempted to extreme alcohol excesses and the Wiesn guests are cheated by horrendously high prices, but its supporters, on the other hand, emphasize the Bavarian traditional character of this festival, which has been preserved until today.

The traditional Bavarian character of the Munich Oktoberfest is expressed, among other things, by the fact that the measure for which Munich breweries brew a special beer especially for this occasion is still served in regional costume. In addition, the Bavarian brass band music creates a traditional and cosy atmosphere in the marquee, which invites you to sway and dance.

And even though the Munich Oktoberfest has changed over time, it is still rightly considered the oldest folk festival in the world, attracting more and more visitors from all over the world every year.

Attractions in and around Munich

Attractions in and around Munich
December 1, 2015Dominik Stein

Probably the most famous festival in the world – The Munich Oktoberfest
December 1, 2015Dominik Stein

The most beautiful ski trails in the Ötztal
June 9, 2015Dominik Stein

What type of cross-country skier are you?
June 9, 2015Dominik Stein